skip to main | skip to sidebar

We finally hit the road at 9 and we took some back roads out of Columbus down to the West Virginia border. I can't believe how pretty it is right now...soooo much color. We traveled right through Wayne National Forest 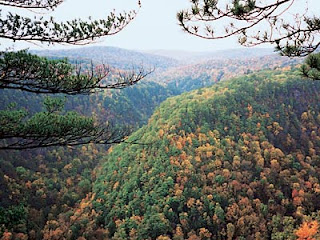 and Athens Ohio, home to Ohio University. Gordon show me where he and Patrick had hunted deer with Bob and Fred so long ago. Once we were in West Virginia, we were on I-77 and and that took us all the way to Columbia,SC. 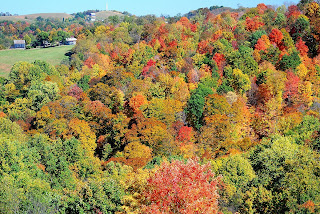 There we picked up I-64 and made it all the way to just outside Charleston, SC where we called it a night. It was such an easy, relaxing drive and "BLUE" made it just fine averaging 18 MPG even through the mountains!!

I am missing the kids, and am trying to catch a cold...happens every time I fly I seem to catch something. Glad I have my Zicam with me and plenty of kleenex as we head into Charleston today. First stop is at the Tax office to pay taxes and then the Title Office and Licence Bureau. South Carolina is pretty cool because they have all the offices in one building. Next we cross town and go to vote!! Wishing I was voting on a new President but thats another story!!! That didn't take long and the day isn't even half over!!

Jeff Davis, the dock master at our home marina, Mairtime Center just became a daddy! A son, Ryland Stiles Davis, he and mommy Mallory are doing great and we were lucky enough to get to see him at 2 days old. What a handsome baby boy but would expect no less from his parents. 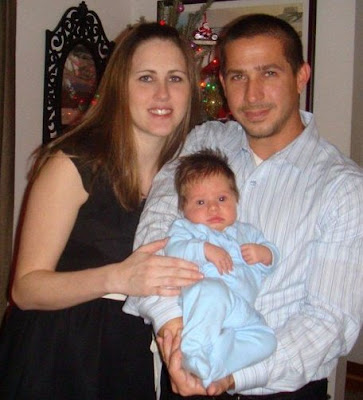 Now, that we have visited friends, taken care of business, and picked up our mail, we will start the trek west to Kennesaw!!
Posted by Kim at 7:57:00 PM

Kim
We live aboard the sailing Vessel Current Jumper. Gordon and I are currently cruising the Northern East Coast. You can also view our website currentjumper.com